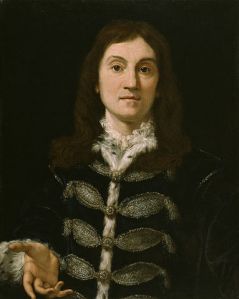 His hands shook as he heated the letter opener over the candle flame and slid it beneath the wax seal. Since the killing had begun in earnest, the Duke of Malbourne’s hands had been shaking more often than was seemly for a man of the nobility, but there was more reason today than most: this letter represented the last hope his one remaining family member was still alive.

Three sisters and their families had already been executed by Madame La Guillotine, twenty-five souls in all, including his newest nephews, twins, born to his third sister not even a half-year ago. He could not imagine an animal as bloodthirsty as the ill-bred, ungrateful, insolent serfs of France.

He had lost one blood relation after another until only his youngest sister was left, and then she was taken by the rabble. Not for a quick, clean, killing, but ransomed by mercenaries more interested in a share of noble wealth than fair-minded principles of equality. Even assuming her abductors hadn’t killed her within hours, any demand was more than the duke could pay, as he had been moving gold, silver, jewels, and valuables overland for several months, preparing to relocate his family and close retainers from France to England. When the letter came, he had only enough gold available for the journey. They would all be safely across the channel by now, living in relative luxury, if Marie had not defied his express command, and taken a walk in the garden.

I am inconsolable at the loss of your sister. I was not able to secure Mademoiselle Marie’s release. She is gone.

I am, as ever, your humble servant.

His hand fell to the desk like the letter weighed as much as a brick. He closed his eyes to stave off the rare tears forming. Marie. Le bébé, Marie. His youngest sister, not yet married, the sweetest and kindest of all. The last woman who had been under Adolphe Fouret’s protection, now that his wife was dead and buried these five nights past.

He could not wait two more days for Michelle’s weekly missive from her husband’s house, the center of the revolutionary elements in Alsace. The other note he had opened this hour, from one Pierre Bouchard, another spy in different circumstances, had warned: Go now. Do not delay. Michelle’s intimate knowledge of the insurrection would do him no good if her bourgeois husband and his ilk dragged their rightful liege lord from the chateau in chains.

Goddamn Michelle! She was to have found a way to remove her former mistress from whatever peasant hovel the kidnappers had hidden her in. He had placed his inamorata, his family’s most faithful servant, in the nest of revolutionary vipers, and paid her well, to meet exactly such a need.

The plan had been to take a coach and collect Michelle on his way out of Alsace with Marie. She had been Marie’s lady’s maid since the age of fourteen, and the duke’s confidante since they were children, and would have retained both positions in exile. But if he looked on her face now, he might kill her outright. Better to leave his lover alive, to imagine he might one day mete out sufficient punishment for such a grand failure as this.

He would travel faster alone. And he had no more time to lose.

The last surviving member of la famille Fouret gave instructions to his few remaining loyal men-at-arms, ordered his horse and weaponry and provisions prepared, and walked, one final time, through the halls of the chateau built by the first noble Fouret in the seventh century.

To discover the fate of Monsieur le duc de Malbourne and his lover, read Royal Regard.

After fifteen years roaming the globe, the Countess of Huntleigh returns to England with her dying husband. She soon finds herself plagued by terrible troubles: a new title, estate, and sizable fortune; marked attentions from the marriage mart; the long-awaited reunion with her loving family; and a growing friendship with King George IV.

Settling into her new life, this shy-but-not-timid, not-so-young lady faces society’s censure, the Earl’s decline, false friends with wicked agendas, and the singular sufferings of a world-wise wallflower. Guided by her well-meaning husband, subject to interference by a meddlesome monarch, she must now choose the dastardly rogue who says he loves her, the charming French devil with a silver tongue, or the quiet country life she has traveled the world to find.

To connect with Mariana Gabrielle